Dr David Petts, former Keys to the Past Project Officer, explains why the remains of 19th century lead mining at Ashgill Head is his favourite site:

At first sight, the rough remains of the 19th-century lead mine at Ashgill Head are not impressive. A simple stone shed stands amidst some dry-stone ruins just off the A689 between Middleton-in-Teesdale and Alston.

A little further exploration at the site soon reveals the distinctive arched entry to a lead mine and just upstream from the beck a simple stone bridge.

These simple remains, nestling into a fold in the hillside command a spectacular view looking south and east along the green and purple valley of Teesdale studded with its distinctive whitewashed farmhouses.

This idyllic rural landscape belies the industrial history of the North Pennines. Between the mid-18th and early 20th centuries, the area was transformed by the massive and rapid spread of lead mining. Whilst shepherds watched their sheep on the hillsides and moors miners worked underground in dangerous conditions for little pay- the lead ore was hauled to the surface, where it was processed and smelted to make the lead. This lead went on to make bullets, roofs, paint, and all manner of other goods, as part of the industrial revolution.

Although this industry is less well-known in the northeast than coal mining, it helped change entire landscapes. Much of what the modern hillwalker or tourist sees today is not natural, unchanged moorland. What may seem to be narrow V-shaped valleys cut by natural streams are in fact manmade scars known as hushes, ripped from the ground in an attempt to reach the valuable lead ore.

Many such hushes can be seen in the hills above Ash Gill. Equally, mixed amongst the natural shake holes typical of the limestone scenery of the North Pennines are many man-made shafts, dug to provide access to the deeper mines or to allow air to circulate to the miners toiling in the stuffy shafts below.

Most of these mines were owned by the London Lead Company, a Quaker concern, which took its first leases in Teesdale in 1753. The company attempted to control all aspects of life amongst the lead miners. They provided accommodation for the workers (strictly graded according to rank), build schools and reading rooms, and provided a proper water supply. The villages of Middleton-in-Teesdale (Co. Durham), Nenthead, and Garrigill (Cumbria) became, for all intents and purposes, company towns, where traces of the Company building processes can still be seen.

The company even built the road that runs past Ashgill mine- the modern road has been slightly re-routed, but the old bridge at the site shows the route of the 19th-century turnpike road.

So, even though the rough and ready remains at Ashgill may not be as spectacular as Durham Cathedral or as old as Hadrian’s Wall they stand as mute testimony to the power of a great company and a great industry that once dominated this part of the country, but has now slipped away into history. 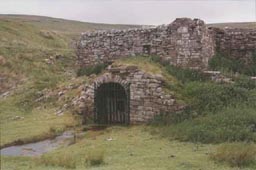 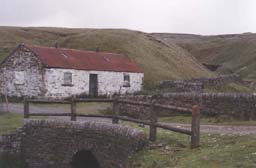