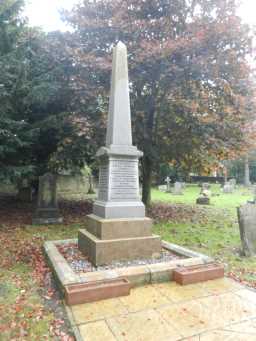 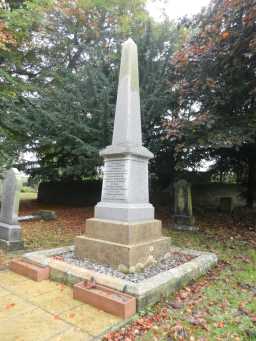 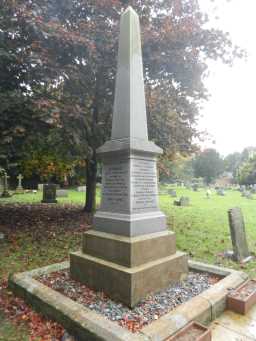 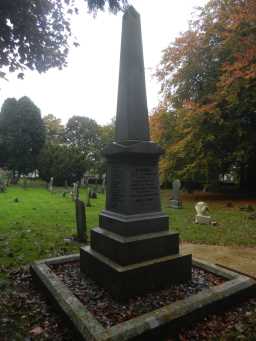 Close up photo of High Etherley War Memorial 2016
Located off the western end of the church in line with the entrance pathway as approached from Church Street. Grey marble obelisk on a pedestal that has upper decorative moulding and a wide base at the top of base of two freestone steps, the whole resting on a slightly raised and kerbed platform. Inscriptions applied to the four sides of the pedestal with lead lettering. First World War names are listed in an unusual way in that there is no set pattern to the inscription; listed alphabetically but sometimes with one, two or three names to a single line of the column. WW2 names in a single column on one pedestal face with two additional names added to the riser of the wider pedestal base. Originally unveiled 1920, rededicated on November 11th 1947. (1-2)
D49346
Early 20th Century (1901 to 1932)
First World War (1914 to 1918)
Second World War (1939 to 1945)
21st Century (2001 to 2100)
Listed Building
• National Heritage List for England Entry Number: 1438094