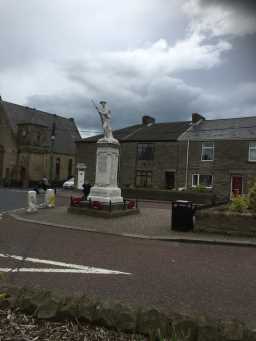 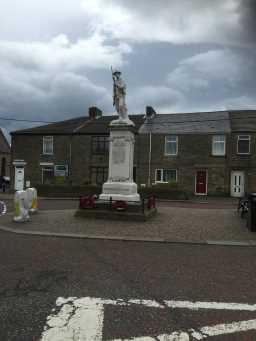 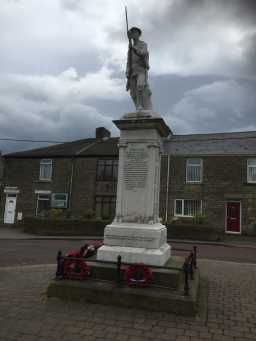 Close up photograph of War Memorial Statue, Wolsingham Road 2016
War memorial statue, unveiled 1921. Memorial takes the form of a tall column with clasping Ionic pilasters resting on a two-tiered pedestal. The column supports a decorative plinth, itself surmounted by the life sized statue of a soldier advancing with rifle and fixed bayonet. The whole stands on two sandstone steps enclosed with a low wrought iron railing attached to the lower step on an island site at the junction of Wolsingham Road with Bridge Street and High Street. Front and back faces have the words "For Country" carved in half relief over sunken panels on the main faces of the column. The main dedication is on the front panel whilst the remaining three sides carry the names of the First World War dead of Tow Law in single columns. (1)