The period from the 6th century to 8th century is often known as the Early Christian period, as

An architectural style dating from about 1190-1250AD. It is a sub-style of the Gothic period of Medieval architecture. This period had large windows of stained glass in churches. It is not as elaborate as other styles and was common in Cistercian monasteries.

These are archaeological banks and ditches, bump and humps in the landscape as they survive. They might stand only a few centimetres above ground level, or be elaborate large-scale constructions, such as a motte and bailey castle.

The lower border of a roof that overhangs the wall.

A carving made in commemoration of a person or group. These are mostly made out of rough stone, but special types of stones, (alabaster or 'marbles') and wood have also been used. Individuals are usually depicted lying on their backs, often at prayer, though Post-Medieval examples are sometimes on their side.
Most examples are Medieval. The identities of those buried is sometimes recorded by inscription, or can be established by coat of arms displayed upon them - but many are unknown. They provide illustrations of armour and dress for those wealthy to afford to have them carved. Very occasionally they remain coloured, though more would have been coloured prior to the Reformation. Sometimes effigies were moved to new sites, so as to establish a bogus ancestral history.
E.g. Bothal and Chillingham Churches, (both Northumberland), alabaster effigies. Tomb at Bothal also alabaster. Chillingham effigies of the Grey's still coloured. 1650s effigy at Meldon, near Whalton, Northumberland. Movement of effigies carried out by the Lumley's at Durham Cathedral to Chester-le-Street, County Durham.

A large deer with antlers that used to live in Britain. These now live in Russia and eastern Europe. They stand higher than two metres. A prehistoric Elk has been found at Neasham, near Darlington.

A settlement or other site that is surrounded by a boundary.

Loose term for any form of earthwork not otherwise classified.

A castle surrounded by a stone wall.

A place where an engine, stationary or moveable, may be housed. Post-Medieval stationary engines were used to pump mine workings dry, (see Cornish pumping engine), haul wagons on inclines or pit cages with coal or workers. For moveable engines the term refers to somewhere where they could be cleaned or repaired when necessary. 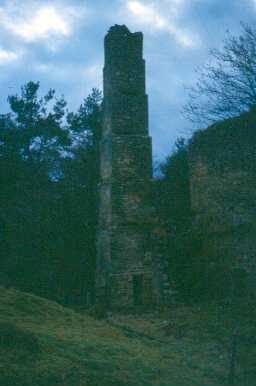 1642-48, the conflict between the supporters of King Charles I of England and a large body of his subjects, generally called the "parliamentarians," that culminated in the defeat and execution of the king and the establishment of a republican commonwealth.

A type of Bronze Age pot. They were sometimes used to contain the remains of a cremation and placed in burial mounds.

When large development projects are planned it is common for an investigation to be carried out to assess how it will effect all aspects of the environment, including wildlife, pollution and archaeology.

(Reigned 947-949AD and 952-954AD)
Son of Harold Fairhair, Eric Bloodaxe made himself King of Viking York in 947AD. He was welcomed as he provided protection he gave against others. Though deposed in 949AD, he returned in 952AD and was killed at Stainmore in 954AD. After his death the Yorkshire Kingdom was absorbed into the developing England. He was reputedly buried under the Rey Cross, County Durham, but upon excavation this was found to be false.

Erosion is the group of natural processes, including weathering, dissolution, abrasion, corrosion, and transportation, by which material is worn away from the archaeological remains.

Cottages built originally as providing accommodation for the workers of a country house and its estate. This can be part of the immediate surroundings to a country house or be set at a distance to it. These usually date to the 19th century AD - a famous architect may have been brought in to design these, (see Blore, Edward).

A small trench dug by an archaeologist. It is used to find out the extent of existing archaeological remains.

The financial department of the Medieval monarchy and bishoprics, responsible for collecting, accounting and issuing of money. Such a department has become the government's treasury.

If someone was excommunicated they were expelled from the Christian, and following the Reformation Catholic, church. An excommunicate person was not allowed to worship in a church or be buried in a churchyard. It was used as a punishment for crimes against the teaching, or legal freedoms, of the church. King Henry VIII was excommunicated for divorcing Catherine of Aragon with the authority of the Pope. John of Keteringham was excommunicated for breaking the Right of Sanctuary at the Carmelite Friars of Newcastle upon Tyne, (Tyne and Wear).

General term for small quarries or shallow shafts. Usually used when the material sought is just beneath the surface.

The hole in a limekiln through which the burn lime was removed.

A building, sometimes a folly, erected in a prominent position overlooking the parkland or estate of a country house. It may be that the gardens of the country house narrow down the distant views obtainable to only the eye catcher or folly. They are similar to follies in that they may be only temporally, if at all, used. They may have been designed as ruins to start with - like follies to give a false appearance of age or grandeur. These were placed at a distance to the main country house so as to draw the eye across parkland or a demesne. Most examples in the northeast are of the 18th century AD. There are clusters around Wallington and Alnwick of Northumberland.