These techniques rely upon the measurement of a natural property of the ground - enhanced or detracted upon by the presence of buried remains. There are two main types;

Resistance survey
This relies on passing an electric current through the ground. The amount of water in the ground will determine the conduction strength of a current received in an electrode. Buried ditches will contain more conducting water and soil ions than the surrounding soil - therefore the greater the current received. Walls on the other hand will act as resistors of any applied current - they will appear as high resistance.
Survey involves the measurement and recording of the various electric resistances at various points over an archaeological area, in a methodical manner based on a grid system.

For a survey the techniques, such as those above, are combined with information regarding the location of the various measurements. The information from the instrumentation is combined with computer programs that put the readings into visible forms for the appropriate locations.

However, such techniques are not infallible. There are factors such as the weather or solar activity that may affect the sensing of the features. For example, if there has been prolonged dry weather then they may be no electrical contrast of resistance between a ditch and normal soil, or a normal soil and a wall. Wire fences will obscure any buried magnetic signals from underground features. Both techniques might detect previously unknown modern interference - which might obscure the actual archaeological remains. 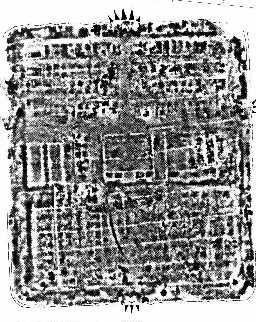